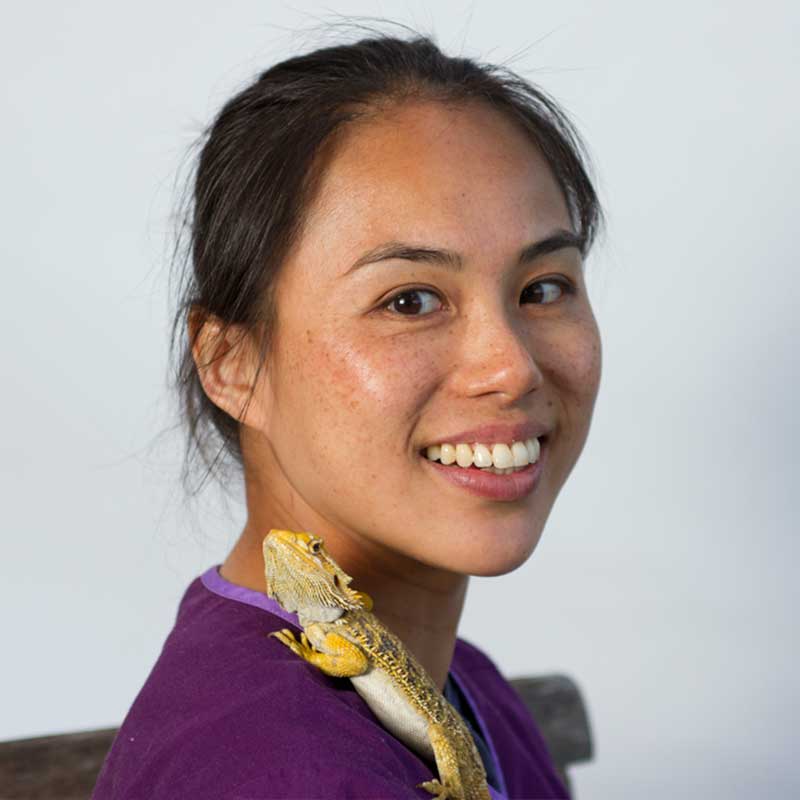 Jo graduated from the University of Edinburgh in 2004, and gained her post-graduate qualification in zoological and exotic medicine in 2008. In 2017 Dr Sheen became a Diplomate of the American Board of Veterinary Practitioners in Exotic Companion Mammals. Only the second Australian vet to achieve these credentials.

Jo had a very international upbringing, growing up between Australia, Hong Kong and the United Kingdom. As such, her first pet was a red-eared slider (Trachemys scripta elegans), followed by two chickens (Gallus gallus domesticus) that she kept on the roof garden. She was most distraught, when several years later, she came home one day to find these chickens turned into soup!

Outside our busy Sydney hospital, you’ll often find Jo walking her dog, a talkative English Staffie. He was rescued five years ago whilst Jo was living in the UK from an uncertain fate in an RSPCA animal abuse case. You will also catch Jo spending her time away from work mostly off solid ground, preferring to either hang around in mid-air (trapeze), or in the depths of the ocean (scuba diving).

Back to staff members